To start from the beginning of the trip, Click here

Once we were at the top, we found the mountain to ourselves; To our delight. we discovered that since Christmas is not a widely practiced holiday, Winter is by-and-large considered a low season. Lee (Our ever helpful tour guide) told us that we were saving almost a third of the cost compared to if we were to visit during the summer.

After a 30 minute hike from the cable car, we arrived at the most famous of the ten pines of Huangshan, Ying Ke Pine (迎客松).

Our tour guide told us that this is a common location for foreign VIPs to take pictures while in Huangshan, so of course, we had to observe tradition:

We continued on for a few more hours, climbing up to Beginning-to-believe Peak and marveled at our luck, as the clear weather afforded us amazing views of the entire range and plains below.

Huangshan is only clear approximately 30 days each year.

We passed by couple’s pine; Two pine trees next to each other that appear to share the same trunk. Our tour guide Lee told us that some Chinese couples would bring locks to couple’s pine as a symbol of their commitment.

Climbing over the peak, we soon arrived at Beihei Hotel (北海酒店), one of the oldest hotels on the mountain. The hotel is fairly modest, offering basic amenities but offered little in terms of luxury. Although heating is available in the rooms, the rest of the hotel is not heated, which was very surprising to us.

After a quick buffet lunch, we continued north towards the North Sea, passing through a number of beautiful scenes unfolding before us

We reached the end of our journey at the front of the West Sea Grand Canyon and turned back; The unfortunate downside to travelling to Huangshan during the winter season is that some of the peaks are closed for safety reasons. 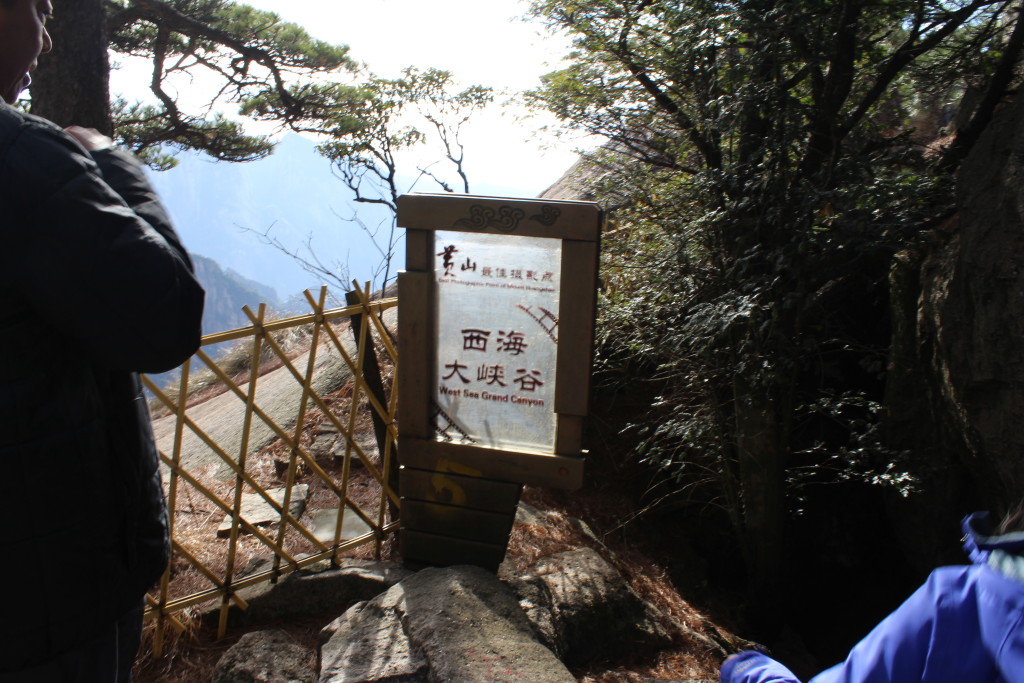 Timing our travel time perfectly, our expert tour guide Lee took back to one of the peaks near our hotel, just as the sun begins to set. Along the way, we marveled at The Monkey Watching Sea of Clouds:

After a good night’s rest, we found that the sunrise of Huangshan is just as spectacular, exploding with color across the morning sky. 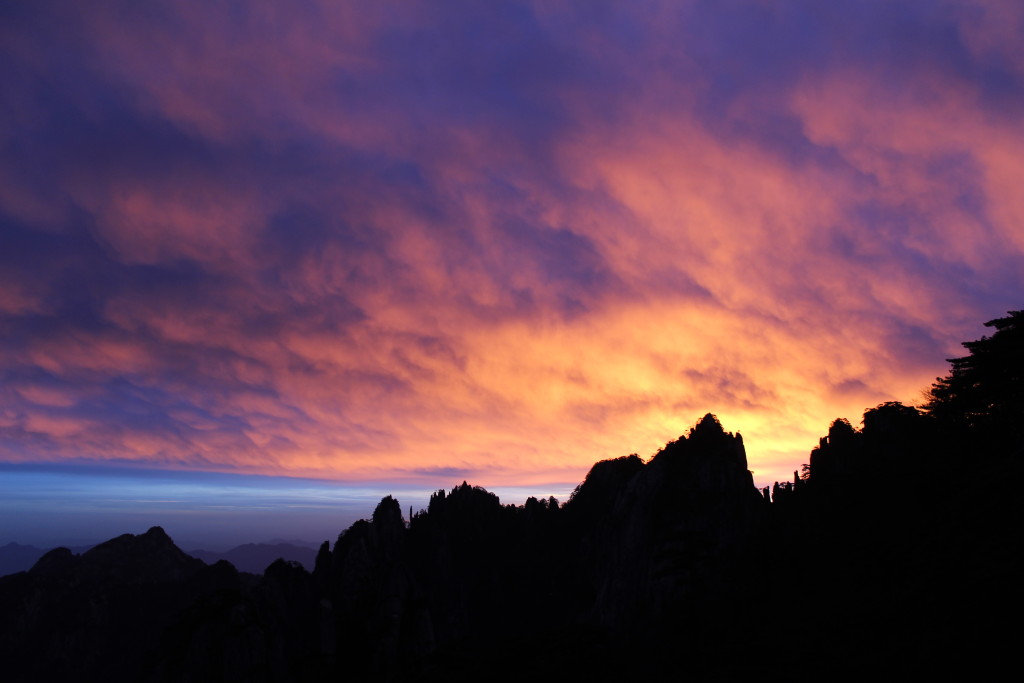 The drama and vibrancy of the new day was soon replaced by the lazy drift of clouds moving across the valley, a stark contrast:

After a hearty breakfast, we check out of Beihai Hotel. Lee offered to take us on a detour to Bright Summit, one of the three highest peaks in Huangshan. Although we had to move quickly, the scenery was well worth it as we quickly ascended towards the 1700m goal.

Reaching the top was a special moment; As we dragged ourselves up the final dome towards the top, a strong gust of wind blew, bringing with it a flurry of snow, as if nature was throwing confetti at our small achievement.

We took our photos (and Senai had his photos taken), and started down the mountain.

Overall, I would recommend a visit to Huangshan, due to its fantastic natural beauty. Especially good during the low seasons (summer is crowded and much more expensive), as the pines are not seasonal and can be enjoyed year round.